Beginning in 2008, DSTP started holding a week-long workshop for the project team members and several invited younger scholars and graduate students. The venue for the workshop is IMEC (Institut Mémoires de l’Édition Contemporaine) 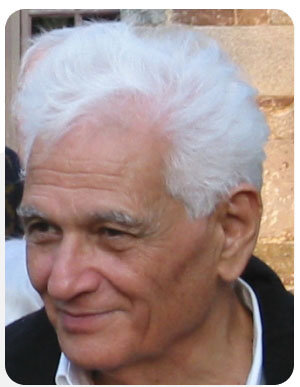 located on the grounds of the former Abbaye d’Ardenne, outside of Caen, France. Starting in 2009, the workshop was supported for three years by the DSTP’s NEH grant and was able to host 16 participants, typically including the 6 team members, 3 junior scholars, and 6 graduate students. This format has been maintained every year since.

The workshop has two principal aims: first, it is an opportunity for the DSTP team to study and review together the volume of the series currently in process of translation; second, it provides intensive training for potential future translators of series volumes. 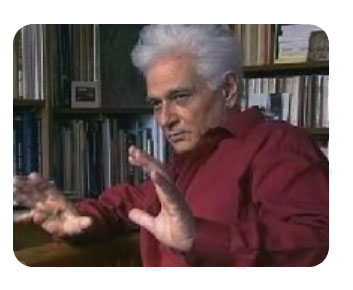 Over the six days of the workshop, discussions are devoted to study and analysis of Derrida’s French text alternating with sessions taken up with close readings of a draft of the translation. DSTP is committed to the thought that the process of having 16 people work collectively on these translations has significantly raised the level of accuracy of the translations prepared in this way.

If you value the work we are doing, please consider making a donation to DSTP to help fund the annual workshop.

Available here are several of the presentations on sessions of La Bête et le souverain volume I made by participants at the 2008 workshop during the morning meetings.

Two terms among others presented particular difficulties to the translator of volume I of The Beast and the Sovereign. The first is amply thematized as untranslatable by Derrida itself: as a noun, bête corresponds reasonably well with the English ‘beast,’ but as an adjective it defies translation: as Sessions 5 and especially 6 lay out at length, someone who is bête is not exactly stupid, not exactly idiotic, not exactly dumb, although all these words are in the same semantic field. And the corresponding noun, la bêtise, is not exactly stupidity, idiocy or dumbness – and is certainly not animality or bestiality. In this case the situation for the translator is both absolutely impossible and relatively straightforward: Derrida’s insistent mentioning and explicit thematizing of the very words bête and bêtise makes it an easy decision to leave them in French in the text – and as Derrida himself uses a discussion of just this word to demonstrate a kind of general impossibility of ever immobilizing the meaning of any term at all (entailing thereby a kind of general impossibility of translation altogether), the text itself explains its own untranslatability as it enacts it, but in a way that also teaches the anglophone reader some French and to some extent releases the translator from the burden of striving and failing to find an English equivalent: by telling the reader (in whatever language) that the French word bêtise cannot be translated into English by any of the most likely candidates, the text avoids all obscurity at the very moment it claims untranslatability, and demonstrates a sort of basic bêtise of any text whatsoever. The situation is more difficult and less satisfying in other cases. For example, in the same sessions devoted to bêtise, there is a repetitive and insistent use of the word fond, often in a reliteralizing use of the idiomatic French expression au fond, and often enough linked to cognate terms such as profond, fondamental or fondé, which are most readily translated as deep (or profound), fundamental or grounded. Here again the terms are thematized, but unlike bêtise, this thematizing does not simply allow the translator to avoid the problem of translating, and one must do one’s best across the slightly different semantic fields associated with the bottom, the deep and the depth(s), the ground, the base and the foundation. And if the translator is tempted to think there must be a bottom or basis to be found that would happily ground this dispersion of terms, the text itself is there to suggest that just that is part of bêtise itself, “Comme s’il y avait encore quelque bêtise à croire à la profondeur.” The translator, we might say, is always something of an ass.

David Wills, Professor of French and English, University at Albany-SUNY

Available here are several of the presentations on sessions of La Bête et le souverain volume II made by participants at the 2009 workshop during the morning meetings.

David Wills, Professor of French and English, University at Albany-SUNY

Not surprisingly, many of the special difficulties posed by the translation of the Death Penalty seminar cluster around the French lexicon concerned with death and dying. One thing Derrida is interrogating is the mode of dying, not only in the sense of modes of execution throughout the history of the death penalty, but modes as distinguished by different modalizations of the verb mourir. What is called the death penalty is the sanctioned mode of faire mourir, to cause to die, one which requires a voir mourir, to see die, or a voir punir, to see punish(ed), and thus, as Derrida writes toward the end of the first session, a devoir de voir punir, a duty to see punish(ed). All these modalizations are reflected in a history that, as illustrated best by current practices in the U.S., tend to converge with an idea of euthanasia and thus with a faire mourir that, having banished all cruelty, can give death as a release or expiation. In this lexicon, the idiomatic French usage of donner la mort—to kill, to cause to die, but literally to give death—which Derrida often underscores here (as he had done already in his 1992 essay Donner la mort, translated by David Wills as the The Gift of Death) poses the most problems for translation. It seems an odd turn of phrase for speakers of English accustomed to mean the same thing (more or less) when they speak of taking (not giving a life (not death), and of “taking one’s own life” rather than “giving oneself death” (se donner la mort). No doubt one touches here on something more intractable than mere idiomatic variation, which the reader of the translation may be prompted to think about when the French idiom is left in parentheses next to an English “equivalent” that literally says the opposite.

There is perhaps another obstacle to the English-language translation, which would be more cultural and historical than strictly lexical. Even though these first sessions of Death Penalty make extensive reference to the U.S. as the only Western and Christian-inspired democracy to maintain the death penalty today, Derrida’s discourse is also suffused with the specifically French history of the practice, especially since the Revolution and the invention of the guillotine. This beheading machine stands at the center of a vast imagery and theatrical staging that every French speaker, even more than thirty years after its last use in France, associates with the very idea of capital punishment, that is, with a punishment that targets the head. It is the imaginary of Jean Genet’s vivid narratives, of Hugo’s, Camus’s, and Robert Badinter’s vigorous abolitionist discourses, and even of Blanchot’s ambiguous “Literature and the Right to Death,” texts that are all brought under Derrida’s magnifying glass in these sessions. Translation in the ordinary sense can have little purchase, of course, on such a specific fund of associations available to all writers and users of a language. This points, however, less to an obstacle than to the decapitated condition under which translation is always undertaken.

David Wills, Professor of French and English, University at Albany

Available here are presentations on sessions of La Peine de mort volume I made by participants at the 2011 workshop during the morning meetings.