Each of the six members of the initial team assembled for the project has wide experience in the interpretation and translation of Derrida's work.

Geoffrey Bennington
is Asa G. Candler Professor of Modern French Thought and Professor of Comparative Literature at Emory University where he has taught since 2001. He previously taught at the University of Sussex (1983-2001), where he founded and directed the Center for Modern French Thought. He is a renowned interpreter of Derrida's thought and one of his most experienced translators. He has been part of the editorial team for the French editions of Derrida's seminars since 2006, is the translator of The Beast and the Sovereign, volumes I and II, and of Heidegger: The Question of Being and History, and the co-editor, with Peggy Kamuf, of the English edition of Derrida's seminars at the University of Chicago Press. He has been an editor of The Oxford Literary Review since 1978. He is the author of many articles and chapters on literary and philosophical topics, and of the following books: Sententiousness and the Novel: Laying Down the Law in Eighteenth-Century French Fiction (Cambridge University Press, 1986); Lyotard: Writing the Event (Manchester University Press: 1988); Dudding: des noms de Rousseau (Paris: Editions Galilée, 1991); (in collaboration with Jacques Derrida), Jacques Derrida (Paris: Editions du Seuil, 1991; second edition 2009); Legislations: The Politics of Deconstruction (London: Verso Books, 1994); Interrupting Derrida (London: Routledge, 2000); Frontières kantiennes (Paris: Galilée, 2000) ; and a number of electronic books available from http://bennington.zsoft.co.uk: Frontiers (Kant, Hegel, Frege, Wittgenstein), 2003; Other Analyses: Reading Philosophy (2004); Open Book/ Livre ouvert, 2005; Deconstruction is not what you think and other short pieces and interviews, electronic book, 2005; Late Lyotard, electronic book. His book Not Half No End: Militantly Melancholic Essays in Memory of Jacques Derrida was published by Edinburgh University Press in 2010, and a volume of essays written in French was published under the title Géographie et autres lectures by Editions Hermann, Paris, in 2011. The first volume of his Scatter was published by Fordham University Press in 2016, and an adapted translation of his book on Kant appeared in 2017, also with Fordham University Press, under the title Kant on the Frontier: Philosophy, Politics, and the Ends of the Earth. He is currently completing Scatter II and working with David Wills on a new translation of Derrida's Glas. More 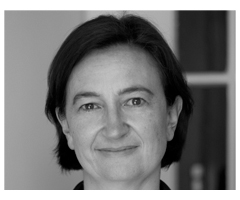 Pascale-Anne Brault is professor of French at DePaul University. She received a DEA from the Sorbonne University (Paris IV) and a doctorate in comparative literature from New York University. Since 1992, she has co-translated (with Michael Naas) six books by Derrida as well as books by Jean-François Lyotard and Jean-Luc Nancy. These translations have been highly praised for combining inventiveness and rigorous care. She also co-edited (with Michael Naas) The Work of Mourning, a collection of pieces Derrida wrote upon the death of friends as well as Chaque fois unique, la fin du monde. Also with Michael Naas, she has translated several works by Derrida, including The Other Heading (Indiana University Press, 1992), Memoirs of the Blind (University of Chicago Press, 1993), Adieu – to Emmanuel Levinas (Stanford University Press, 1999), Rogues (Stanford University Press, 2005), Learning to Live Finally (Melville House, 2007), and Athens, Still Remains (Fordham University Press, 2010). Her essays on Derrida's work, including on questions of translation, have appeared in noted collections in France as well as journals in Britain and the US. More 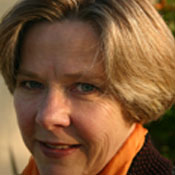 Peggy Kamuf is Professor Emerita of French and Comparative Literature at the University of Southern California. She is the author of Fictions of Feminine Desire (1982), Signature Pieces: The Institution of Authorship (1988), The Division of Literature, or the University in Deconstruction (1997), and Book of Addresses (2005), which won the René Wellek Prize from the American Comparative Literature Association, To Follow: The Wake of Jacques Derrida (2010), and Literature and the Remains of the Death Penalty (2018). Her many essays on literary theory, the university, and deconstruction have appeared in journals and anthologies in the U.S., Canada, Britain, and throughout Europe. Since 1983, she has translated numerous books and essays by Derrida, including Given Time, Specters of Marx, Points . . . Interviews, 1974-1994, and Resistances of Psychoanalysis. She also edited and translated the five essays by Derrida collected in Without Alibi. Her 1991 edited collection A Derrida Reader: Between the Blinds has remained a favorite introduction to Derrida's work. With Elizabeth Rottenberg, she also edited the two volumes of Derrida's important essay collection, Psyche: Inventions of the Other. She is the translator of Death Penalty I in the translation series of Derrida’s seminars and with Pascale-Anne Brault, she has edited La vie la mort, the first volume to appear in the collection “Bibliothèque Derrida” with Éditions du Seuil. Since 2006, she has been a co-editor of The Oxford Literary Review. She is Project Director of the DSTP and co-editor, with Geoffrey Bennington, of the series The Seminars of Jacques Derrida at the University of Chicago Press. More 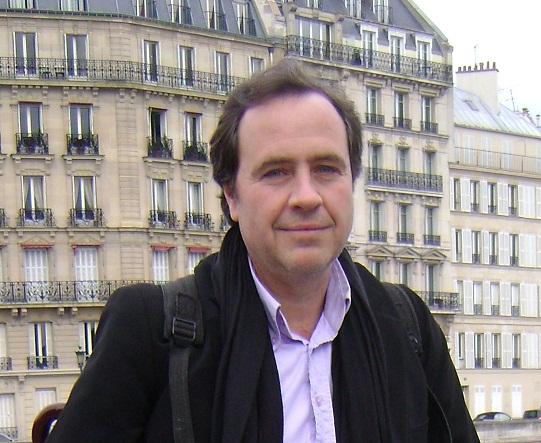 Elizabeth Rottenberg is Professor of Philosophy and Director of the Comparative Literature Program at DePaul University. She received her Ph.D. at The Humanities Center at Johns Hopkins University and has studied at the Ecole Normale Supérieure in Paris and the Albert-Ludwigs-Universität in Freiburg, Germany. She is the author of Inheriting the Future: Legacies of Kant, Freud, and Flaubert and has translated books by Lyotard, Derrida, and Blanchot. She is the editor and translator of Negotiations: Interventions and Interviews (1971-2001) by Jacques Derrida (Stanford, 2001) as well as the co-editor (with Peggy Kamuf) of the two volume edition of Jacques Derrida's Psyche: Inventions of the Other (Stanford, 2007/2008). She has published many articles on themes in late modern and contemporary philosophy as well as in psychoanalysis in journals such as Kant-Studien, Philosophy Today, Mosaic, MLN, and theory@buffalo. She is currently a candidate at the Chicago Institute for Psychoanalysis. More 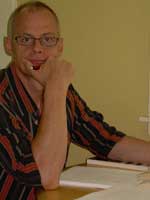 David Wills is Professor of French and Comparative Literature at Brown University. His original doctoral research, undertaken at the Université de Paris-III, was on surrealist poetry, but since 1980 his publications have been concentrated in literary and visual arts theory, and comparative literature, with particular reference to deconstruction and its relation to technology. He has authored or co-authored six books, including one exclusively on the work of Derrida (Matchbook: Essays in Deconstruction). His principal work, developed first in Prosthesis (Stanford, 1995), concerns the originary technology or "non-naturalness" of the human, as well as the ways in which writing functions as a technological in/outgrowth of the body. Those ideas are extended via what he calls 'dorsality', a thinking of the back and what is behind - the other of the facial - where the emphasis is on certain ethical, political and sexual implications of a technological rewriting of identity (Dorsality: Thinking Back through Technology and Politics). He is also a co-editor of Deconstruction and the Visual Arts and has translated four major works by Derrida: The Gift of Death, Right of Inspection, Counterpath, and The Animal That Therefore I Am. More